Young conservationists Briged and Callan Potter generously passed up birthday presents, and instead asked their friends and family to make a donation to the South Carolina Aquarium Sea Turtle Rescue Program. Their greatest gift? Being part of something bigger than themselves.

An advocate for marine sustainability, Hilton Smith III is watching his young daughter, Violet, develop her own passion for conservation, especially when they visit the Sea Turtle Hospital. “She reaches out and asks what’s going on with the animals,” Smith said. “She gets to experience a world where animals are valued and protected.”

In his junior year, Marzio Gillis joined the Aquarium’s High School Intern Program, learning about animal care, biology and conservation. Gillis went on to study biology at the College of Charleston, continuing to volunteer and intern at the Aquarium. Today, Gillis oversees the same internship program that launched his career. He helps administer the program that shaped him growing up, ensuring that other young people in the community get the same opportunities that he did.

Since the Aquarium opened more than 15 years ago, staff members have heard countless stories from visitors and supporters about the Aquarium’s influence on their lives. So it made sense to collect those stories as part of a fundraising campaign.

The What’s Your Story? project is part of the Aquarium’s Watershed Campaign, a six-year effort to raise $25 million to grow education programs, emphasize conservation initiatives, expand the Sea Turtle Hospital and enhance the overall guest experience. As of Jan. 1, 2016, the Watershed Campaign has raised nearly $9 million.

What’s Your Story? is expected to illustrate the South Carolina Aquarium’s impact on inspiring education and conservation, and its importance in the community, state and region – as expressed by members, supporters and visitors, creating a strong testament to its presence.

This spring, a new exhibit will highlight the stories shared through the What’s Your Story? project. Read additional stories online at www.scaquarium.org/watershed.

Anyone is invited to share their story of how the Aquarium has influenced their life or their family’s life by emailing stories@scaquarium.org or calling 843-579-8508. 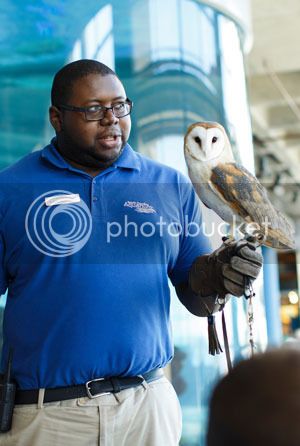 The South Carolina Aquarium's new, limited-edition shirts truly sum up so much...

Adventure, beauty, and hospitality — the iconic Charleston Harbor truly has it...

Sea turtles are tough cookies. Not only have they been around for...

Here are 5 ideas for upcycling and transforming LEGO® bricks into innovative...

Sharks are infamous thanks to movies like “Jaws” and “Sharknado", but what...

There’s something magical about walking into an aquarium and seeing the creatures...

When’s the last time you went on a walking tour of the...

If you have been to the South Carolina Aquarium, you know that...